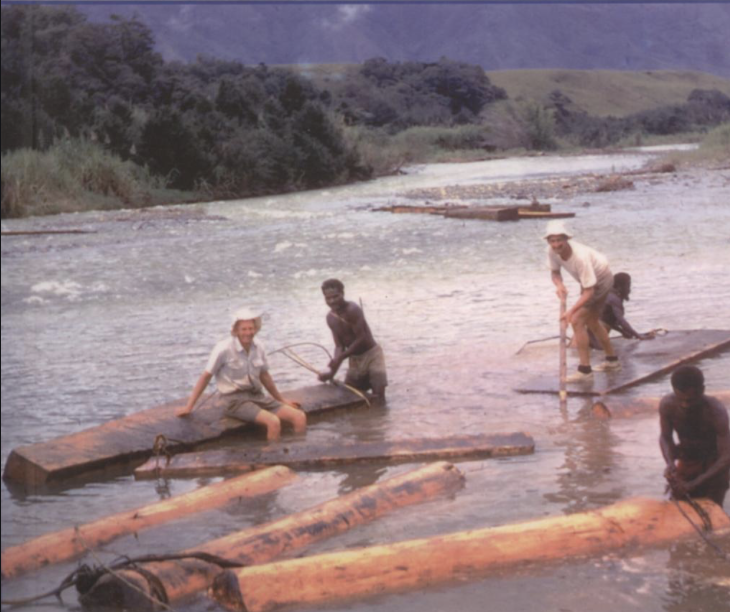 In December 2020, I met with former intercultural worker Jean Kelshaw. Jean and her husband Arthur served with Global Interaction (then known as the Australian Baptist Foreign Mission) in Papua New Guinea. They’d left an established Joinery Company located in Gladesville, Sydney, following the call of God to serve in the Western Highlands of PNG. Arthur and the team of locals he trained built the Tinsley Hospital in Baiyer River. Jean turned 100(!) on December 12, 2020 so it seemed an appropriate time to reflect on a seriously long life of adventuring with Jesus. I came away inspired by the goodness of God, the dedication of His people and the beauty of His mission…

Jean, when and why did you and Arthur head to the highlands of PNG?

1952. We met Rev Harry Orr and Rev Albert Dubé at the Ashfield Baptist Church. They had been to PNG and researched, that we as Baptists, could be allocated to a certain area. Harry came back and he was excited – thrilled with the opportunity. And he was a passionate man – a great preacher! I remember him challenging the congregation as he preached: “I want you, as a group listening to me… if you’re prepared to pray, prepared to give or prepared to go, to stand up.” So Arthur and I…we just held hands…and we got up. It wasn’t to go…that was never on our agenda, initially, but to pray and to give – we were so keen to support this new Mission adventure.

What moved you from being supporters of mission to having that sense of call to go yourselves?

We were on the wharf saying goodbye to some missionaries and Harry was there. We were waving and watching when Arthur felt a tickle on his ankles. He turned around to see Harry bent over, tickling his ankles, and he looked up and said, “do you ever get itchy feet?” Well you know, we looked at each other and we said, “we do get itchy feet, don’t we?!” I wouldn’t say it was a dramatic call, but there was a feeling of ‘this is wonderful! What an opportunity for the gospel to go to PNG!’ We were excited. And that was the start of our own preparation. Tickled ankles!

What were your initial thoughts when you first arrived in the Western Highlands of PNG?

I think we were well prepared. We were welcomed by the missionaries and there was excitement because we had an assignment: to build a hospital. The locals were very keen because they had begun to experience what western medicine in Baiyer River could do and they wanted more of it. We didn’t even really miss the comforts of Australia – we kept a ‘forward look’.

If you were to name just one highlight of your global mission endeavour, what would it be?

Obviously, accomplishing the task we were set was important. A hospital was desperately needed and Arthur had the skills to build it and train local men in construction.

But often the little stories stick out. One Sunday afternoon Arthur and I were resting and a group of local men had gathered down the road and were making quite a lot of noise. We were not sure if this was a really serious thing or not, things can quickly get violent and out of hand where we were living. So that can make you a bit nervous.

Unbeknownst to us, our 2-year-old son Alan woke from his sleep and walked out of the house, down the road and right through the midst of the men and into the centre of the disturbance. Well, whatever was happening just dissipated. All tension melted away.

We to this day don’t know what was going on or how the situation might have escalated, but God settled it all down.

Another beautiful thing is the appreciation of another culture and appreciation of the local people – and their appreciation of us. Each day Arthur would begin with a devotion with all his local workmen. They listened intently. The gospel was changing them, because that’s what the gospel does; it changes people.

What would you say was the most difficult part of your missionary call?

I think separation from mother and father and family is what you miss the most. Material comforts don’t seem to matter. In PNG the storms are dramatic, the rain comes…the fireflies that fly around at night-time…it’s just beautiful! The structures are basic, but sound. Our house was made of bamboo! The mission experience far surpassed the comforts of home.

What insights did you gain in your relationship with God through your mission experience?

It’s a BIG world out there! I hadn’t travelled. I didn’t know very much. It’s an eye opener and it’s exciting. Wondering how the gospel might penetrate and wondering about people who might accept Jesus as Lord of their lives…only God can do that.

Our relationship with God was influenced deeply by the people we worked with. And you get used to long Church services…Sometimes very long services! You have to leave the meeting half-way through for a bit of a break and to get a glass of water (laughs)!

When you and Arthur returned from the field in 1960, what changes did you notice within yourselves?

Well we actually returned to Australia after a year and settled back to normal living in Gladesville in 1953. Our son Bruce was born in this time. After 3 years at home we were challenged again to return to Baiyer River and continue the building program. This involved selling our Joinery business and our home. We went back in 1956 and Philip was born in PNG that year…in the hospital that his father built! Upon our return to Australia in 1960, we settled in Pennant Hills and it became clear that God had given us a very special blessing in the birth of our daughter Heather. Our family was complete, our hearts were full – and we were different because of our experiences. We noticed how our eyes had been opened WIDE to see how big God’s mission is. We thank God for it.

Fast forward to 2020 – Arthur is 99 and you’re about to turn 100! What revelations do you have of God in these more recent years?

God is more real now than ever before. We communicate a lot more. I need him more. Every morning here I wonder how I’m going to get to the dining room…because I feel old, I feel frail and I wobble. I read that passage of Paul in 2 Corinthians 12 where he asks God for more problems so that God’s strength would be stronger in him. WOW! Whoever thought of doing that? Amazing. So I really do depend on the Lord – and he does give me extra strength. Just enough. And I suppose that’s all we need, isn’t it? Just enough.

If you could have a conversation with the very young Jean who was setting off for PNG, what would you say to her?

Our times are in His hands. Every moment. This is the day the Lord has made. We will rejoice and be glad in it. And we really only can take it a day at a time. So, when the Lord gives another day, we take it. I wake in the morning and I say, “oh! Thank you Lord! Another day! May I be worthy of it.”

Looking at young intercultural workers today what would you say to them as they begin?

I think our assignment was easy, comparatively…but the call is the same. Wherever we are we have the Lord with us. If he has called he will direct and guide, no matter where we go or whatever we do. If he has called you he will provide the strength to do it. Just enough, so that you know you need to rely on Him. You find that in your own situation. There are big challenges in missionary work on field and off. When we returned to Australia we had no home to go to, no business to go to. But the Lord says in Psalm 32, “I will guide you and direct you the way that you will go.” I’m so glad I found that because it became an absolute reality for me. We don’t know but the Lord knows. And we were looked after. The Mission was good. They had preparation in place.

Jean and Arthur Kelshaw served with the Australian Baptist Foreign Mission (Global Interaction) from 1952 – 1960 and for many decades after as mission supporters, leaders, advocates and mobilisers. Between them they authored several books about their experiences and any given day of the week could be found sharing stories of God’s goodness and his mission vision.

These days life is slower. Arthur is living with the challenges of Dementia and needs a high level of care. Even so, as I spent time with him chatting away clear memories of his Papua New Guinea adventures would crop up. He’s still committed to God and his big mission. For me this was a humbling end to my time with Jean and Arthur. Our bodies fail us, and often our minds, too. Only one thing remains unfailing: God’s love for us and the world that he has made.

I take Jean’s advice to heart: God has given me this day. I will rejoice and be glad in it. And here’s my daily question: How will I use this day in the expansion of his kingdom? 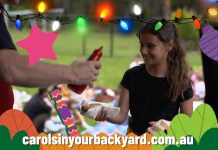 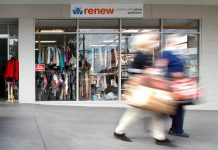 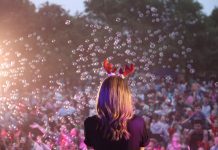 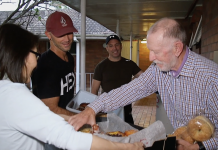 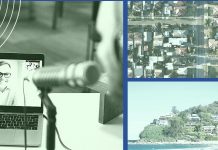 A culture of multiplication (with Dale Stephenson)