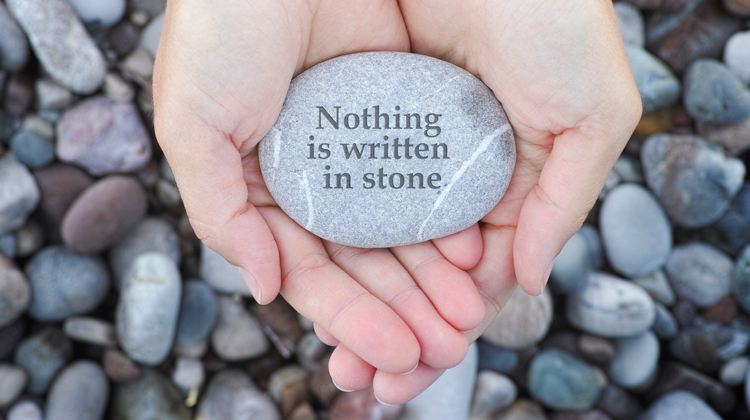 Deafening silence (for the drama queens).
Minor crisis (for those that like to make something out of nothing).
Solo Party (for the hard core introverts).
These are all oxymorons, a figure of speech that has two words together seemingly contradicting each other.
When I stumble across an oxymoron, for half a second I feel like I’ve done ten push ups with my brain. I love them.
Humble Christian; that shouldn’t be an oxymoron, but for the world watching Reverend Slick Pants performing on stage with glitter and gold, it probably is.
Which segues nicely into the oxymoronic lifestyle that Jesus is calling us to live within His Kingdom, of which He is the King!
So if He’s the King, what does that make us? Using Sherlock Holmes’ power of deduction that makes us His followers, actually subjects in the Kingdom.
The Kingdom of God in the bible is a puzzle that needs to be assembled, but its core is about King Jesus and His subjects. Let’s unpack the invisible realm, which we were born into when we surrendered our life to King Jesus. It’s a counter intuitive way to live, and makes complete non-sense in this physical world.
So, imagine you are not a Christian – what would you be thinking when you hear these concepts?

“Blessed are the poor in spirit, for theirs is the kingdom of heaven.” Matthew 5:3
There’s a guy called James Barnett who sold all he had and lived for two years as a homeless person. He felt God called him to that, and they call him Mr Butters — because they say: “He spreads the love like he spreads the butter.”
From the world’s perspective it’s an insane thing to do. But ask him how rich he is, and he’ll tell you he wouldn’t have it any other way.
Martin Luther (1438–1546) once said, “God created out of nothing. Therefore until a man is nothing, God can make nothing out of him.”

“For his sake I have suffered the loss of all things and count them as rubbish, in order that I may gain Christ.” Philippians 3:8
Jimmy Bakker had it all; television show, ministry, money, family, fame. But his world crumbled around him; he was convicted of rape with his secretary, and fraud. For all his preaching, he had never read the entire bible but God gave him plenty of time in prison to ponder on His words. Jimmy said:

“The more I studied the Bible, however, I had to admit that the prosperity message did not line up with the tenor of Scripture. My heart was crushed to think that I led so many people astray. I was appalled that I could have been so wrong, and I was deeply grateful that God had not struck me dead as a false prophet”!

“Humble yourselves before the Lord, and he will exalt you.” James. 4:10
It’s so tempting to blow our own trumpet, especially when we hear a story that reminds us of the time when …  Oh I did that, I got the trophy… especially when others have a story that isn’t as good as ours.
Been tempted to focus on you?
Want to seize the top chair?
Grab the microphone? Anyone?
Oh, just me then 😉
My advice, for what it’s worth, is to humble ourselves, because if we wait for others to do it, that’s called humiliation. And being forced to eat large slabs of humble pie, while nutritional, doesn’t taste very nice.

“So the last will be first, and the first will be last.” Matthew 20:16
In the 2016 Rio Olympics, there was 4 laps left of the 5000m race. The New Zealander, Nicky Hamblin, fell and caused the United States athlete behind her to fall as well, her name was Abbey D’Agostino.
The US runner, Abbey, jumped up quickly while Nicky lay on the ground, she grabbed her and said, ‘get up we have to finish this.’
Nicky got up and they both started to run. But soon after, Abbey fell on the ground in severe pain, the first fall had injured her badly.
So it was Nicky’s turn to help her now. She stopped running and helped Abby to her feet. They both came last. But that’s a first in anyone’s book, especially God’s good book.
When individuals are prepared to lose, the community wins.

5. Strength in Weakness
“For when I am weak, then I am strong.” 2 Corinthians 12:10
There’s a guy called Josh who was raised on a farm, his father was an alcoholic who physically abused his mother. A man who worked on their farm sexually abused Josh from the ages of 6 to 13 and his older sister committed suicide.
As Josh grew up, he began his faith journey by trying to disprove Christianity. He delved into the original manuscripts and other skeptic authors to prove the myth of the resurrection. However, after all his researching, he discovered that “it was true.”
He began attending church and was listening to the speaker calling them to use their gifts and talents for God. But Josh felt he had no gifts or talents to give to God. His past was a mess, and he felt a failure. So he said to God, “I only have weakness. But I will give all my failures to you to bring you Glory. Every breath I breathe will be to serve you Lord.”
This guy’s full name is Josh McDowell and he’s authored 127 different books, in 50 years given 24,000 talks to over ten million people in 125 countries.

“But now that you have been set free from sin and have become slaves of God, the fruit you get leads to sanctification and its end, eternal life.” Romans 6:22
Ask a two year old strapped in his child’s seat whether he is stuck. He’d say yes and scream at you for restricting his movement and freedom, but it’s the harness that brings true freedom.
Our world can come with too many choices, which the world considers acceptable, but in the end will just bring death.

“For whoever desires to save his life will lose it, but whoever loses his life for My sake will find it.” Matthew 16:25
Jesus willingly died at 33 and rose again with an incorruptible new body.
So – recapping the Kingdom way of life, without all the positive words:

Now that we’ve looked into the lifestyle that Jesus wants us to exhibit in the Kingdom of God, let’s look at King Jesus. Was His life consistent with his own values when he came into our world, even though He was King?
He was born among smelly animals.
He didn’t live in a palace and wasn’t treated like royalty.
He didn’t make the front page of the newspaper when he started Preschool.
He tripped around the countryside on a donkey, not a horse drawn carriage with golden twirls and spring suspension.
He was judged by a kangaroo court.
Sentenced to death like a criminal.
And what about His coronation at the cross?
He chose a wreath of thorns gouged into his skull over a golden crown. He was adorned with crimson blood instead of a royal garment of purple. His throne was a wooden cross, not a seat of human power.
The banner bearing his title was a rudimentary sign hastily nailed to his cross; stating ‘King of the Jews’. The acclamation of the crowd was jeers and sneers, spit and hate. There was no fanfare of trumpets, shouts of victory or peals of bells.
The celebration wasn’t man made, but God did put on a supernatural display:
The world was shrouded in complete darkness, the sun stopped shining, the earth shook, rocks broke open, the temple curtain was torn in two, and dead bodies came back to life.
Why did God play it like this – veiled and incognito?

Just as Jesus gave his messages in cryptic to draw out those truly seeking Him, this physical world holds the message of a hidden spiritual world. So when our physical world doesn’t make sense – where injustice seems to win and wrongdoing is rewarded – this is not the end of the story. Keep reading people.  This story isn’t finished.  Your story isn’t finished.  There’s more to come! Death is just the comma not the full stop.  It’s the beginning of eternity.
Because I’m going to let you in on Christianity’s best-kept secret—JESUS is returning! He will draw back the spiritual veil and appear in person.
And when He does, He’s making a new heaven and new earth.
This time Jesus shows up with a whole new attitude. The first time, Jesus yielded his power. The second time he is wielding it.
He comes as a conquering King, on a horse, ready for battle.
He has a sword and Heaven’s army with Him, ruling with an iron sceptre.
And He wants subjects that can rule and reign with Him. Those people who actually subjected themselves to His Kingship while here. Subjects, who didn’t abuse their power, take advantage of people and trusted God even though their circumstances were screaming opposite.
Just as God tested Abraham’s faith, this world is a test of faith for us.
So when we are afflicted, perplexed, persecuted and struck down we can look to heaven and, like Stephen, see the glory of God and Jesus sitting at His right hand. Only then can we live the ultimate oxymoron, to celebrate suffering. 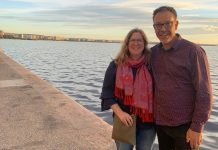 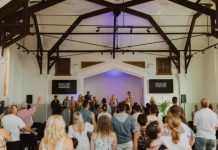 Manly Life, bringing a building back to life! 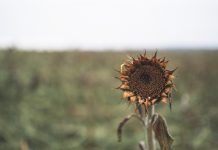 Autopsy of a dying church (with Ian Altman)