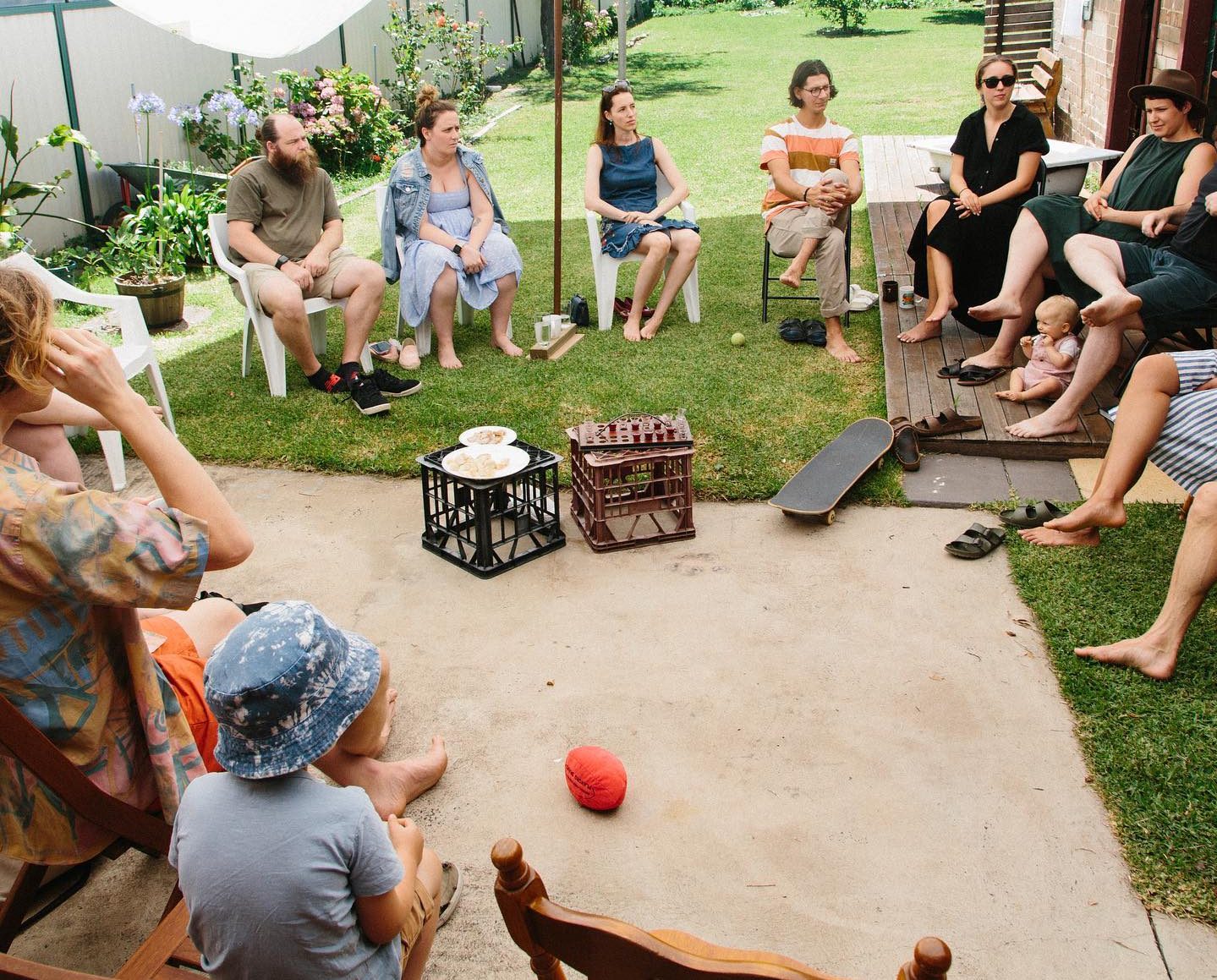 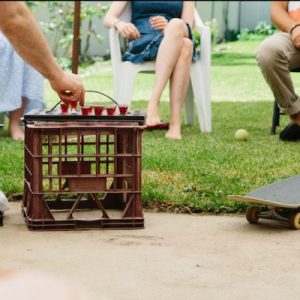 Picture this: You’re sitting in a backyard – in a circle with others. Their skateboards, sportsballs and Birkenstocks lie around. Kids and babies run around entertaining themselves. Your table is a milk crate and there’s finger food to share. You could be over at a friend’s place for a BBQ, right? OR – you could be at church! Forget stages, microphones and lecterns. Marrickville Baptist church goes back to basics with their ‘backyard church’.

Marrickville Baptist is our Association’s newest church plant. Knowing that the inner west region of Sydney was a key location to plant churches over the next few years, Marrickville Baptist became the direct result of our denomination’s strategy. Part of their mandate is to be a ‘resource church’ – something that will grow strong and central, and facilitate smaller creative communities. The church is led by John Cavanough. “Our family were trying to work out what we wanted to do next – most likely move back to VIC or TAS,” John says. “We had a conversation with Jamie Freeman and he asked: if you were to stay in Sydney, where would you want to be, and what sort of church would you want to lead? At the time we had no idea about the plant but we said, if we were going to stay, we’d want to be in Marrickville, and we described the sort of church we’d want to be part of. And he said, well that’s perfect – because we want a church like that to be planted in Marrickville!” The plant is one of Gen1K’s earlier attempts at having a more strategic approach to church planting. “We don’t have a ‘home church’ that we’ve all come from that we go back to for help – Gen1K is our ‘sending church’!” John explains. “All the things that you would usually get from a sending church, support and encouragement, we get from Gen1K and our region, Transform Southern Sydney.” 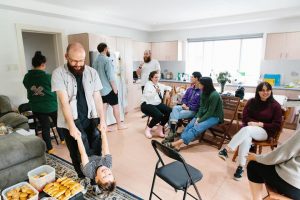 The church launched during the worldwide pandemic last year – and while that may not sound ideal, it was actually a positive thing for them! “Covid has forced us to stick to our ideals; we have this idea that church should be something that grows relationally around the table, rather than in an auditorium,” John says. “But there was still the temptation to do the big thing; doing a public service, getting the music right, all that sort of stuff. Covid meant that we couldn’t do that and were forced to stick to our ideal of being a church around the table and doing something that was more small-scale and community-oriented rather than just putting on a show on Sunday.” It’s also helped strengthen the vital ‘team-building’ stage. “If you’re trying to get a new community together, people who don’t know each other, and they’ve got to stay a meter and a half away from each other and keep a mask on, that’s not a great way to meet for the first time!” John says. “So we’re not really doing any public meetings at the moment, it’s sort of an invite-only space because we’re mainly meeting in people’s homes or backyards. Things won’t always look like this – we plan to launch a public gathering later in the year. But this is a really good way to build culture and values and work out who we are as a church.” 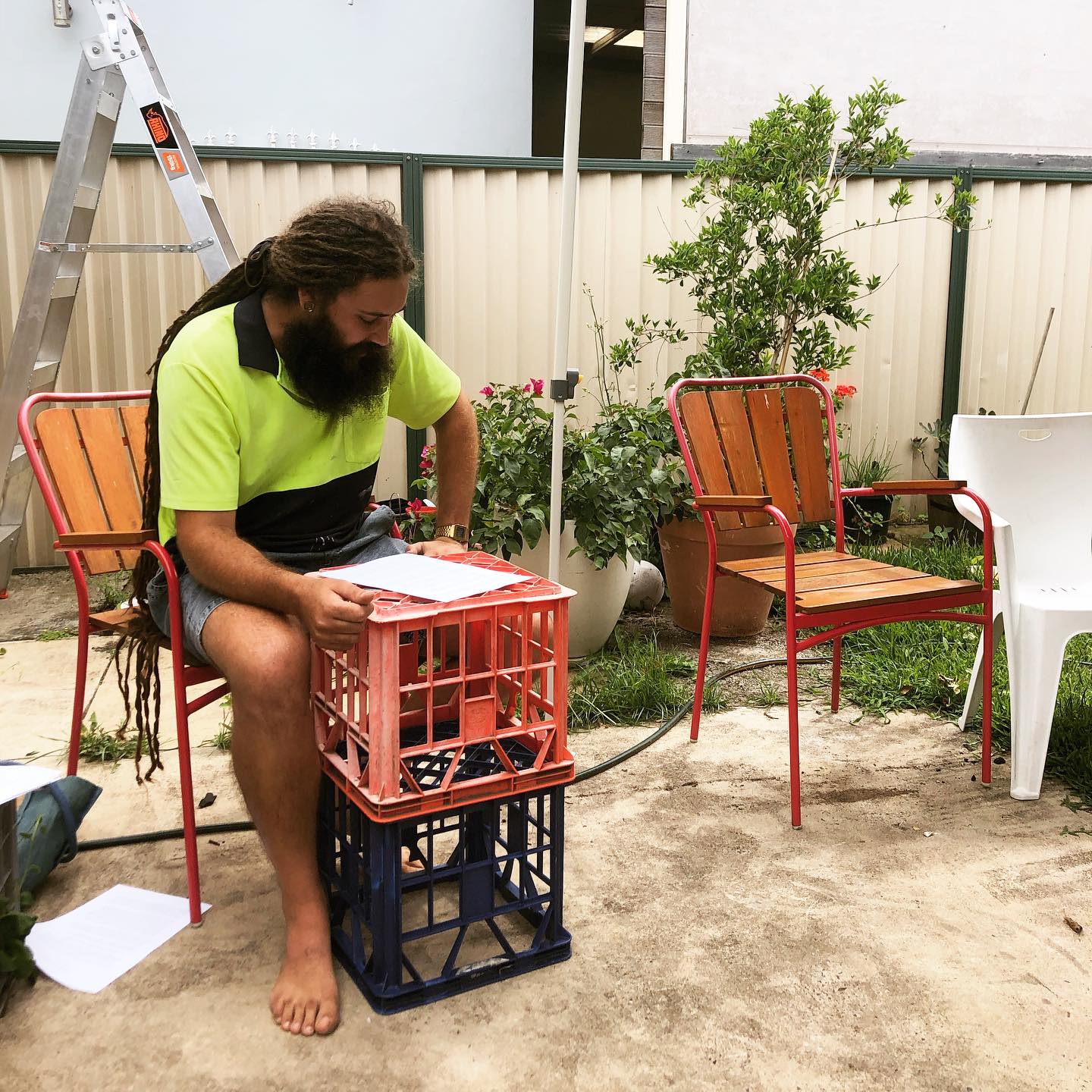 And while still in the early days, God has clearly been working in Marrickville Baptist Church. “There’s been a number of times when someone new has shown up and says something like, ‘this is what I’ve been looking for, it’s really refreshing to hear people talk about faith and church in this way, this feels like home’,” John shares. “I have an idea of what I want church to be like, and what I hope it feels like to others. And I always go, ‘maybe I’m being delusional about this’. So when someone basically says back to you what you hope you’re doing, it’s really encouraging to know there’s something here that’s not just in my head – it’s actually what people are experiencing!”

“There’s been a number of times when someone new has shown up and says something like, ‘this is what I’ve been looking for, it’s really refreshing to hear people talk about faith and church in this way. this feels like home’.”

● The church is in a post-Christian context, with lots of people who have a past with faith and have been hurt by the church – and that can feel like a tough mission field! Pray that they would be able to balance acknowledging these people’s pain with speaking positively about Jesus

● Pray that they would develop a culture that is healthy, faithful and Christ-like

● Connected to the church is an idea of how the Association can do creative redevelopments of their run-down inner-city sites. Pray for John as the “on-the-ground” leader for that process in Marrickville 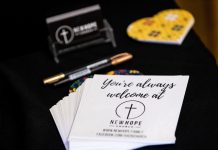 NewHope, ready for a new community 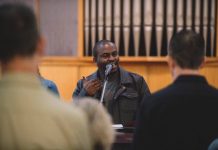 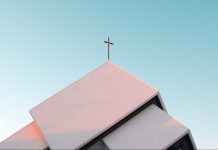 A breakdown of church-planting language 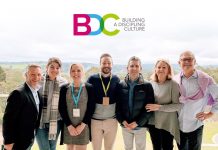 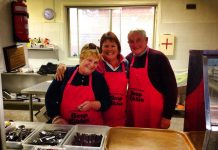