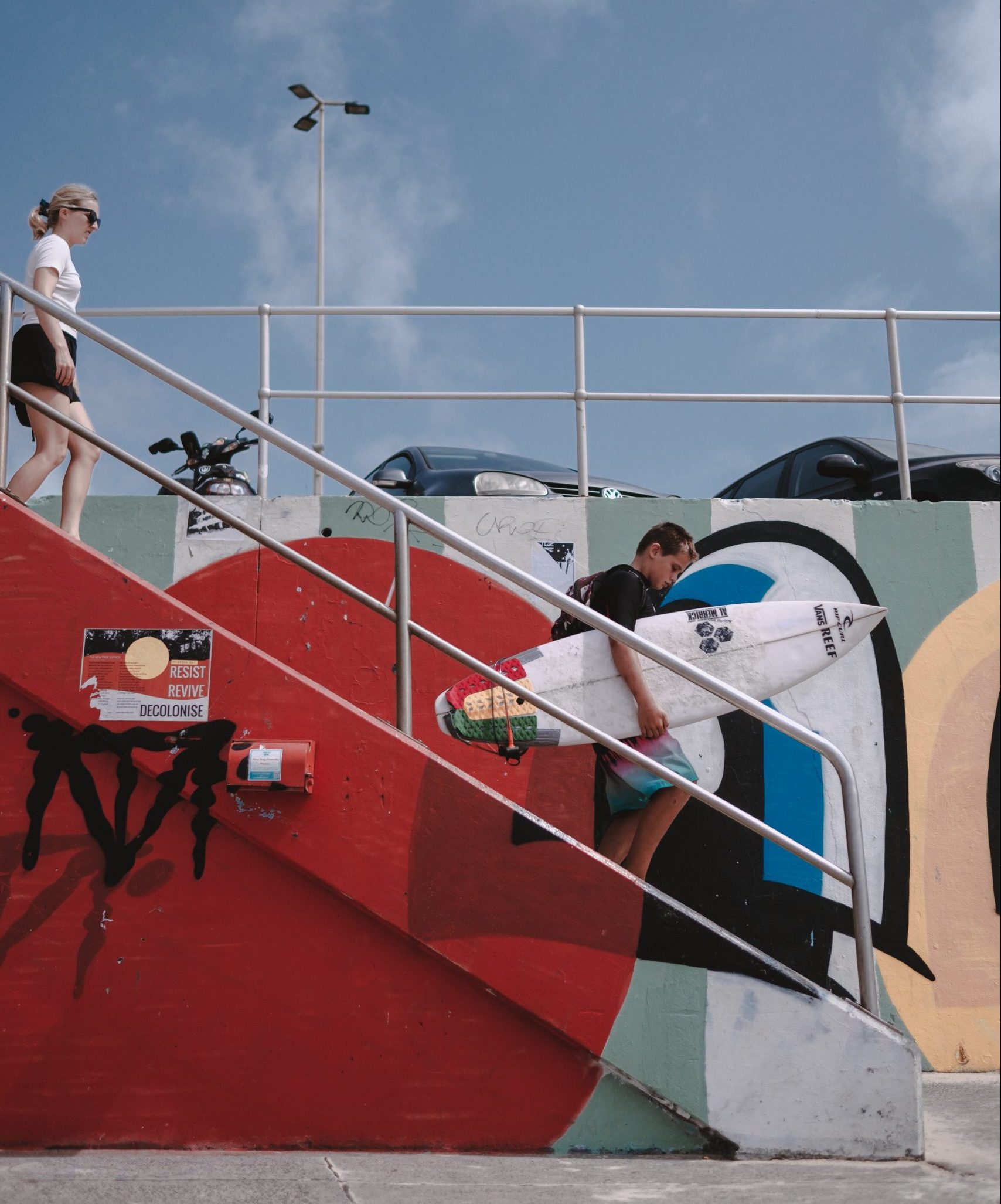 Aboriginal and Torres Strait Islander peoples were the first explorers, engineers, farmers, story-tellers and artists to dwell on the continent now known as Australia. But sadly, a story of dispossession, death and disadvantage began with the arrival of a British colony years ago. 2020’s global ‘black lives matter’ movement has been a moment to recognise that we still have our own racial injustices that occur on our doorstep: most aboriginal Christian leaders do self-funded ministry, around 90% of non-indigenous Australians have never met an aboriginal person, there is a vast health and life-expectation inequality between indigenous and non-indigenous Australians, and we are the only Commonwealth country to have never signed a treaty with its indigenous people. Only together can we build a reconciled nation. For one of our affiliated churches, H3O Church (located on Sydney’s Northern Beaches), January 26th, 2020 was an opportunity to corporately acknowledge true history, to lament together and stand in solidarity with First Nations Peoples.

Lyndal Sherwin, ‘Justice Organiser’ at H3O, led the Sunday service along with others within the H3O community. She began by acknowledging that January 26th is a day of mourning for many Aboriginal and Torres Strait Islander peoples, explained that (as a non-indigenous person) they had actively sought to be guided by First Nations voices and advice, shared a bit about of her own journey of learning and understanding, and led the community in an ‘Acknowledgement of Country’ barefoot on the land that forms a part of the Eora Nation and on which the church building is placed. H3O seeks to be intentionally intergenerational and diverse opportunities to engage within the gathering were included through a variety of activities accessible across the lifespan, to different learning styles and preferences. There was an activity using footprints, individually marked and decorated, as a symbol and visual reminder to tread softly on the land – and also to action in walking alongside Aboriginal brothers and sisters. There was a tree branch that began as a part of their reflection on the effects of the bushfires, that then evolved into reflection on creation and land, creating space for lament as well as symbolising beauty from the ashes. “The theme this year was around truth-telling; acknowledging that to pursue friendship with Aboriginal peoples, it’s about knowing and telling the real truth,” Lyndal explained. “Churches have a really important role in speaking truth and being an affirming platform for our Aboriginal brothers and sisters.” Earlier in the day, Lyndal’s family along with other H3O members also headed to the Yabun Festival – an annual celebration of Aboriginal and Torres Strait Islander culture on the traditional lands of the Gadigal people at Victoria Park in Camperdown, Sydney.

Check out some images from H3O’s Jan 26th service: 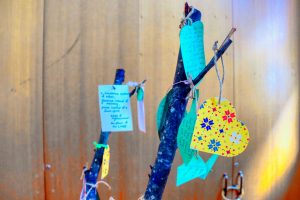 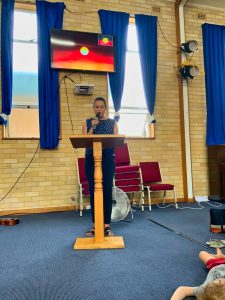 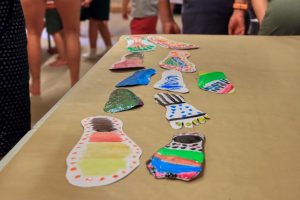 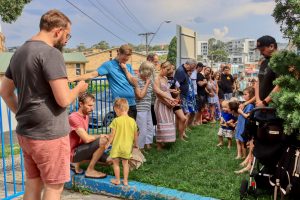 Since that service, H3O have grown a desire to be even more active in this space and continue the conversation in 2020. “Throughout the year we’ve sought to learn and listen deeply to our Aboriginal brothers and sisters,” Lyndal shared. “Every day of NAIDOC Week, we shared resources and encouraged online discussion around our learnings. We also connected with Common Grace and had CEO Brook Prentis come and speak with us.” Brook Prentis also spoke with us this year, on our Gen1K Mission podcast Forming Church. Common Grace is an online movement that can help with being informed/guided by the right voices, and Brook offered some practical ways for churches keen to be part of rebuilding Australia, including:

H3O have taken these tips on board. They have connected with the Aboriginal Heritage Office on the Northern Beaches who helped them become aware about their local area and the history of the land they meet on. They have developed an ‘Acknowledgment of Country’ that has grown and evolved as the community has grown in understanding and connection to history, the lands on which they live and worship now known as Dee Why, the work of Creator God and what it looks like to pursue justice and the restoration of all things as followers of Jesus. And for Lyndal, and many others, the game-changer has been the gift of friendship with Aboriginal and Torres Strait Islander peoples. “At the end of the day, focus on relationships,” Lyndal encourages. “Sometimes we can get caught up in the debates that happen about what’s right and what’s wrong and what should happen and shouldn’t – but unless we’re in relationship with the people that we’re talking about, and being led by those voices, it’s not a great space to be in…Learning stories through people has led me to come to learn truth. I’ve been mortified at what I didn’t know in terms of our true Australian history!”

It’s also a deeper understanding of what it means to follow Jesus and pursue justice that has ignited passion in Lyndal and the H3O team. “I’ve grown in my relationship with God, understanding that I can’t separate justice and being a follower of Jesus…there’s been spaces of hearing hard stuff. But I just want to encourage you to press into that – because I think that’s Jesus unsettling us and leading us to truth,” Lyndal said. She shared a strong challenge from our most senior Aboriginal Christian leader Aunty Jean Phillips: “Her call to the church is that true healing can’t happen in these lands until the church stands up and joins First Nations Peoples in this space.” Lyndal is also aware of how the Bible consistently connects identity to land, saying “Aboriginal Christians talk about the land being scripture and speaking God’s word and truth,” and shares how even the Acknowledgment of Country has become deeply spiritual: “It’s been described to me as being like a prayer, because as Christians, we acknowledge God as the Creator – and the one who appointed traditional custodians and stewards to care for his creation.”

In 2021, H3O will be taking the opportunities in the January calendar to continue to pursue justice and reconciliation for Aboriginal and Torres Strait Islander peoples. On Sunday 24th, they will be reclaiming Aboriginal Sunday (the Sunday before January 26th) to act in solidarity with Aboriginal peoples before January 26th with a special service. On Monday 25th in the evening, they will also be joining Aunty Jean Phillips to gather with others across these lands now called Australia, as a host church of a unique #ChangeTheHeart online service simulcast on television, online and radio. This service will be led by Aboriginal Christian Leaders, to pray in unison and tune in together.

If you’d like to join with the H3O community, or want to discuss ideas for how your church could observe January 26th (or Aboriginal Sunday on January 24th) and/or make your church a safe space for Aboriginal peoples, feel free to visit Common Grace for resources or contact Lyndal at: lynfenwick@hotmail.com 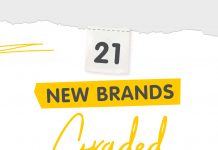 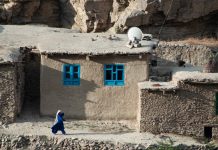 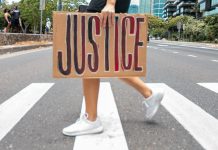 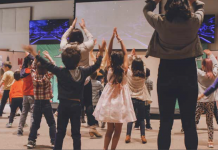 A Safe Church – in any context 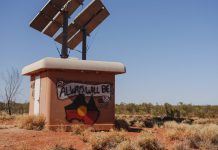 Listening to our First Nations Peoples (with Brooke Prentis)